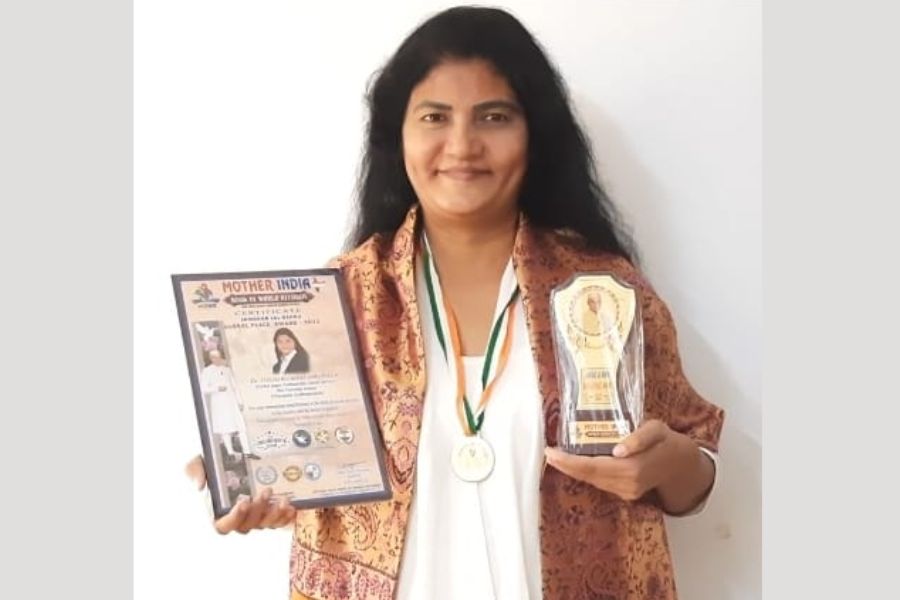 With this, she has finally placed in Mother India Of World records. Dr. Thejo Kumari Amudala won this prestigious award because of her immense contribution to the fields of social services in the world at large.

Thejo Kumari Amudala was awarded the World’s Greatest Nelson Mandela Nobel Peace  Prize. As a result of her efforts, she received a Noble Award from the Global Human Rights Organization and the United Nations. The word success has now become her middle name, and she has been an inspiration to many. She has advocated for the lesser god’s people and tackled the issue of eradicating literacy in many villages. Thejo also worked on rescuing children who had been forced into child labor.

During the Rajya Ki Mitti Se Rastra Ka Nirman, Dr. Thejo Kumari Amudala was invited as the guest of honor or chief guest Dr. Thejo has had success in all facets of her life, whether it be business, philanthropy, pageants, education, spirituality, or numerous others. In addition to numerous honors and awards, she has elevated the country and highlighted her brilliance.

The Gandhi Peace Award, the Nightingale Sarojini Naidu Award, the Mother Theresa Humanity Award, and the Rajiv Gandhi Icon Award are just a few of the honors that Dr. Thejo Kumari Amudala has received.

Thejo Kumari Amudala, was also crowned Taj Mrs. Universe 2022. The grand finale of the beauty pageant was staged by Planet Group in Agra, one of India’s most popular tournament locations.

The long-awaited trend in regional music is here!

Pursuing One Dream After Another