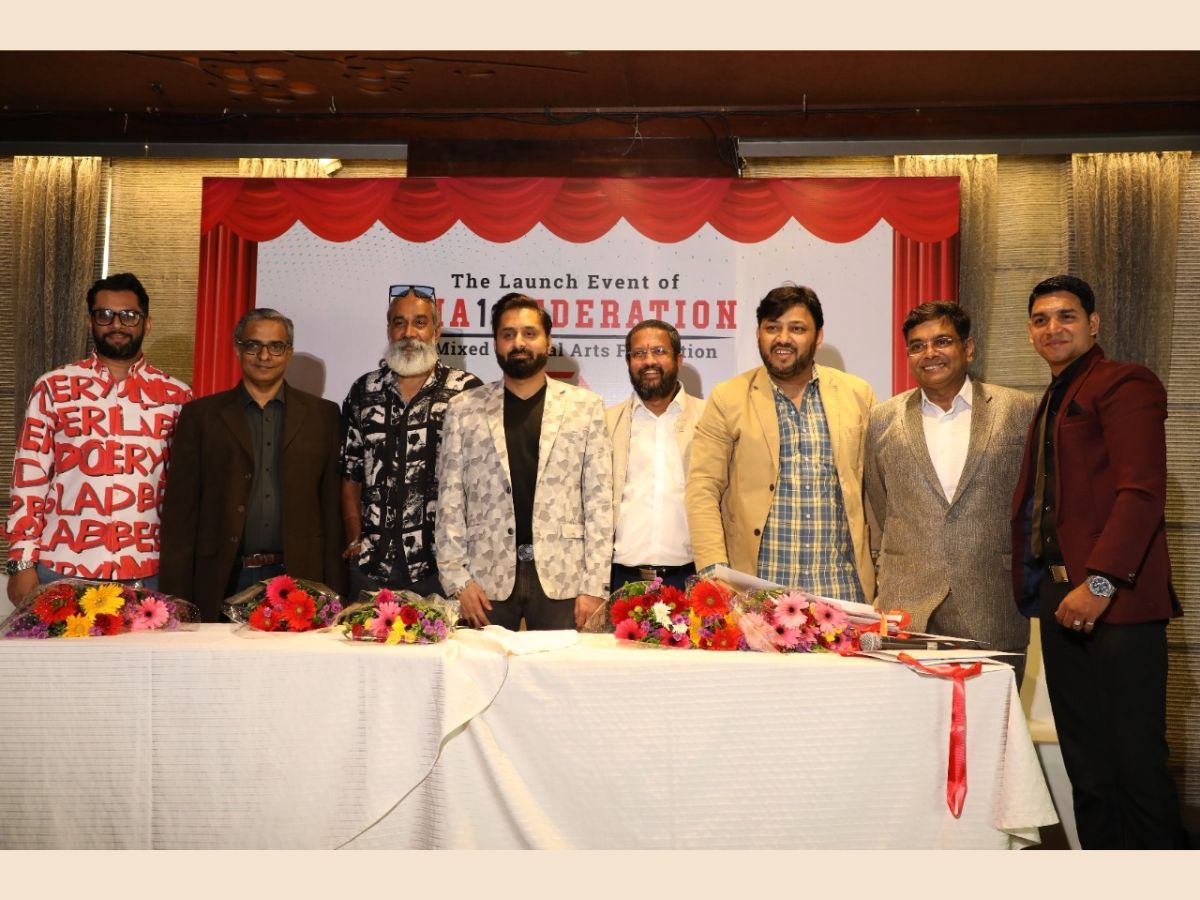 The sport of MMA hones the fighting spirit in each one of us, along with training of the mind that helps bring discipline, enhanced strength and improve an individual’s abilities over a period of time.

“Sport is an extremely important component for the overall development of our nation. Inspired by our PM Modi’s ‘Khelo India’ program, to take his vision further and to promote sports and fitness in the country, we want to encourge the sport of MMA which is within reach with students of every strata of our society, as we do not charge any fees for the training,” announced Mohamedali Budhwani, the President of MMA.

“The masses are unaware of what this combat sport (Mixed Martial Arts) actually is about. Though other sports like cricket, kabaddi, football are widely known. Hence the Federation aims to educate the masses about MMA sport that is within the reach of an athlete who even belongs to middle class or the lower strata,” said Sudhir Padiyar, Vice Chairman, Advisory Board.

As regards the sustainability of providing free training to every athlete, the federation has managed to garner the support of companies like Toyam Industries Ltd, Kumite 1 League, Oneway Films Pvt. Ltd, P&M (Pan-India legal firm), Think out Of the Box & Shaaz Media Entertainment to help the federation follow compliance, build the sport and athlete visibility, to meet its financial requirements.

The Federation also felicitated Bharat Khandare, the first Indian to be a part of UFC and Irfan Khan (National award winner). Well known standup comedian Suresh Menon graced the occasion and extended his support to the federation.

Book Review of ‘The Waiting Lounge’ by Chet Kamal Parkash

Inhale a Perfect Holiday in the Queen of Hills, Mussoorie

Book Review of ‘The Waiting Lounge’ by Chet Kamal Parkash

Inhale a Perfect Holiday in the Queen of Hills, Mussoorie