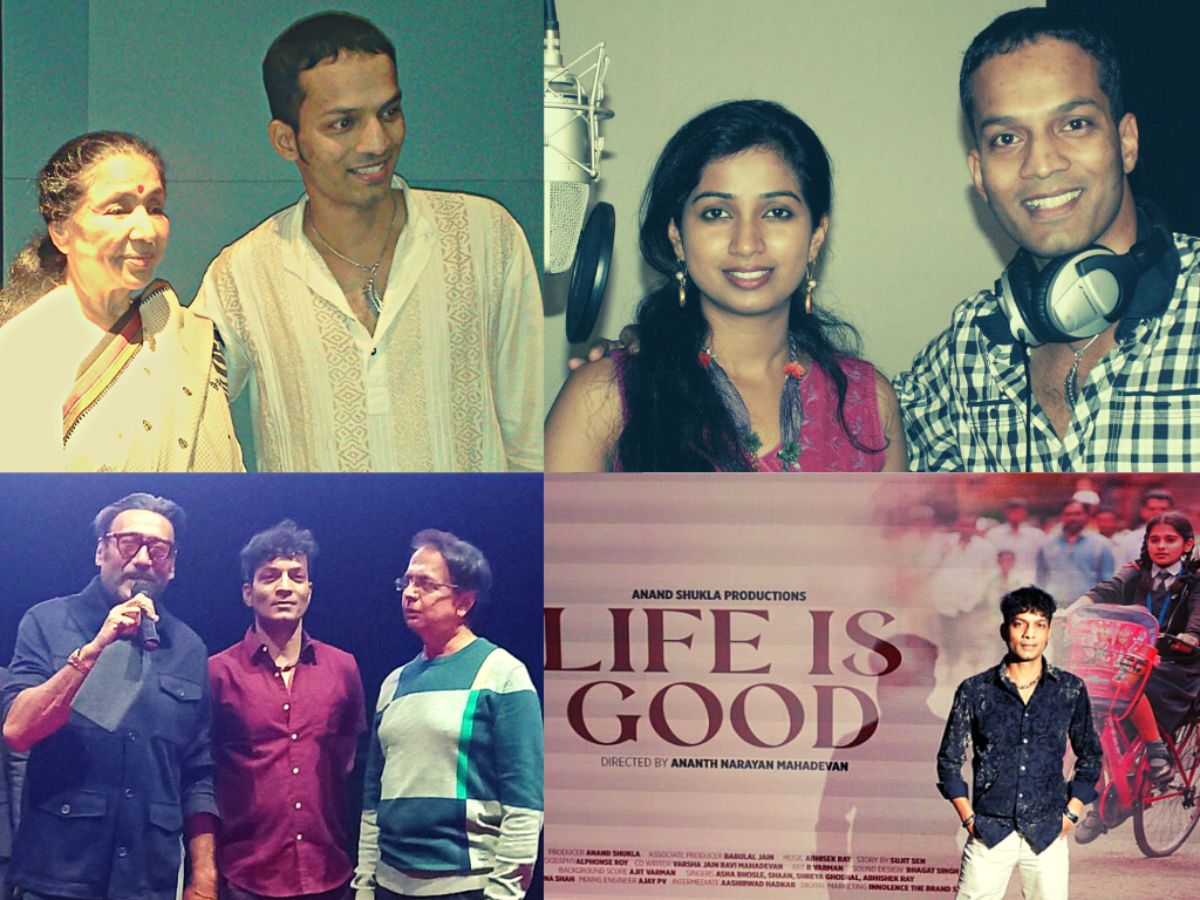 Abhishek Ray has received wide acclaim since the first song from the film was released. He has also arranged the music and composed the film’s original soundtrack, treating film and music lovers to a soul-stirring musical extravaganza.

“Life is good is a beautiful film. I have tried to capture the range of emotions depicted in the film with my music. I am delighted that the songs and music have struck a chord with the audience. I am thankful to Jackie Sir, Ananth Mahadevan and the entire cast and crew for their support,” says Abhishek.

At the grand launch of the film’s album in Mumbai, Jackie Shroff was all praise for Abhishek’s original compositions.

“Abhishek’s music in Life is Good is just wonderful and touches the heart. All the songs are melodious and soulful. The songs ‘Bairi Badra’ and ‘Palko ke Palne’ in particular are very attractive and add a lot of charm to the film,” he said.

Director Anant Mahadevan has beautifully captured Jackie Shroff boating in a misty mountain lake in the melancholic song ‘Bairi Badra’. This birha song is a  Sufi- Lounge fusion with a new groovy sound and  has been sung by Abhishek himself. Even the other songs are sure to make listeners’ hearts overcome with emotions.

Abhishek got the opportunity to work with legendary singer Asha Bhosle for his 70-piece violin symphony ‘Rut Bheega Tan’ in the film. He also collaborated with Shreya Ghoshal for the song ‘Palko ke Palne’’ and Shaan for ‘Sapna Pala’. The sensitive lyrics of the songs have been written by Manvendra and Nivedita Joshi.

Abhishek Ray, who shot to fame with award-winning films such as Paan Singh Tomar, Shagird, I Am Kalam, and Welcome Back, was recently awarded by Vice President with the Amazing Indian Award. He has also been lauded by PM Narendra Modi for investing his life’s savings into the development of Sitabani Wildlife Reserve, India’s first private conservation reserve home for wild tigers and leopards.

Life is Good revolves around Rameshwar, played by Jackie Shroff. Rameshwar is an accountant and is devastated by his mother’s death. This is when seven-year-old Mishti, played by Saniya, enters his life. The two develop a strong friendship that lasts for 15 years. Mishti moves to Chicago after marriage, leaving Rameshwar all alone once again.